I was planning on one more summer Euro Jaunt in August until, unexpectedly I got a work offer for four months in Gloucestershire. So that’s where I currently am. Back in my suit and tie, piling the pennies into the bank. I am feeling quite pleased about the situation as I was a bit worried four months off might make it difficult to find work again. Apparently not. More validation for the contract/jaunt independence model.

How long my years independance will last, I am no longer sure. The current plan is to get some money together and move out to either Zagreb or Belgrade with JJ. I’d rather do Zagreb but JJ finished university in November and Belgrade will be better for her for work. I don’t mind all that much. I am looking forward to living with a girl. It’s quite a serious step in a relationship. Who knows where this will lead. Will I miss chasing skirt? I really don’t know, surrendering the rest of my life to one person is a big decision though, but I do love her.

I hesitated before posting the following but buoyed by my obscurity and insignificance, like a little mouse challenging a lion who can’t even hear him, I gritted my teeth and posted.

This is what I said to a student recently.

‘Conversation is the engine room of pickup; build your game around that’.

Quality girls in mind and body often required a tighter game from me than the averages. Why? Maybe because their dating lives lived at the top end of the market, I don’t know. They had options so maybe they delved into me for more than the markers of success that were on the surface?

The engine of game for me is the conversation. Maybe less so in bar/night pickup, where physical visual DHVs often rule supreme, but certainly in street pickup and in many solid end to end sets with women of any genuinely high standard. Conversation is the engine room of commonality and commonality is crucial after the DHVs and flashing lights have died down, to support and secure the number from flaking, whether that commonality is met through shared interests or mutual comfort in each other’s company. 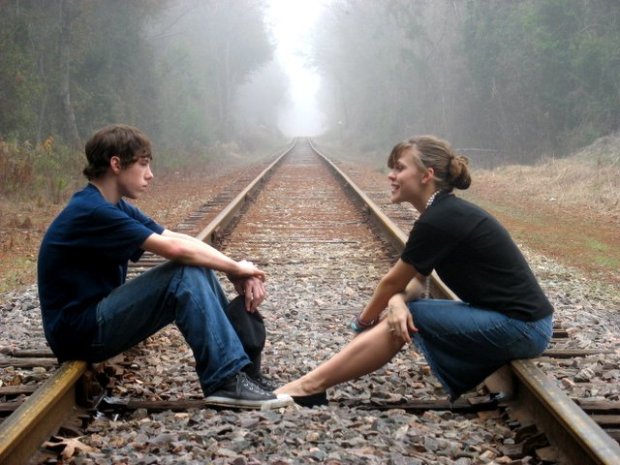 This cunt has got a serious isolation routine in play here

I needed to build my core personality in order to get the girl I wanted. Clever negs and high fives only got me so far.

But there’s an easy route. You can learn a few tricks to bamboozle chicks and you can put some beer in them and at a certain level you can get results. Some people seemingly then call themselves a pickup master.

After 10 years, I know many people in pickup. I have had lots of students and I see many new trainers coming onto the market. I at times see those same new trainers, self-declared pickup masters, on dates with very, very average girls. The kind of girls I walk past in the street and don’t see. I also see them pretending not to see, or weaseling out of sets, when the kinds of girls I date walk past them.

Armed with high fives and ‘which one is the cheeky one’ routines, I see their students approaching girls you’d have to pay me to talk to.

I am not suggesting I’ve been drowning in a whirlpool of underwear models. I’ve not. I have had to work really hard for every girl I’ve ever had, but the girls I date have at least been, very often, of a high standard.

I saw some of these so called pickup masters very recently. I sat in my coffee shop watching them. They approached all the low hanging fruit freely. Then when a genuine stunner passed, hesitation… then gingerly following for a moment, then wheeling away.

Five minutes later another genuine stunner comes by. I suspect they’d pretended to not notice her, rather than genuinely not noticing. Either way, no approach.

Why? Your guess is as good as mine, but to me it looks like some people are comfortable scoring average girls and staying out of the big pool. I suspect that this is because high fives and ‘guess where I am from’ routines, while amazing and very important starting points for creating a fun vibe, have a glass ceiling over the long term if that’s what you come to rely on.

Later that day, actually late that evening, I saw one of the the same guys with yet another average looking drunk girl. They were outside in the street where all the bars and clubs were and he was seemingly trying to get her back to his place, or at least follow him somewhere. He was trying all manner of twirls and routines to get her to follow him. She was drunk and being resistant. I don’t know what happened but he was close to scoring with a decent 7. Nothing wrong with that, just don’t call clacking drunk 7s ‘game’ while you’re ducking out of approaching the genuinely hot girls. If clacking drunk 7s is game then my uni years and early 20s cemented me as the master of all.

I got into game to get quality women. You don’t need game to clack 7s.

This is why it’s always been so important to me to find and approach those super hot girls that I knew would be hard to get. Those girls who are ‘out of my league’ I just understood that that’s where game lives. I’d rather get nowhere with an 8 or a 9 than score a 7. Because for me 7 isn’t even existing. I am not even on the pitch with a 7. I am in the dressing room playing FIFA with the kids, while the real men are on the field.

Playing us out today will be one of my favourite rock stars and one of the greatest producers that Britain ever produced, Jeff Lynne with his Electric Light Orchestra.