The forgotten, irrepressible, almighty power of the DHV

I’ve realised lately that when it comes to pickup, I am now one of the old guard. I’m 38 and I started practicing game as a science over 10 years ago. All the things I did that were green, naive and in the moment are now firmly in the realms of history. My battle stories tend to all start ‘oh this was about 7 years ago, we were in this bar and…’ I suppose I am a 1st gen PUA. I was born into pickup on the 1st of January 2006. That’s not even a year after ‘The Game’ was first published. The Mystery Method was first published after I started ‘sarging’.

Today, particularly after my two year blackout and the fact I live mostly well outside London and more often than not end up in tiny towns with no game community whatsoever (Bolton, Warrington, Cheltenham, Weybridge), I have no connection whatsoever with the current pickup landscape. I couldn’t name more a single popular blogger (outside those I know personally from my past) nor could I comment on any of the current game theories which pass as ‘how to’ guides.

So I may be well off the mark here, but some things do get back to me, on the grape vine. Since I started coaching again 12 months ago I’ve had ten students. Not one has known what a DHV is. Days into the training schedule I realise that when I’ve talked about attraction switches, they’ve been nodding along but they don’t know really what I am talking about.

The theory is that skirt has evolved to prefer certain male character traits. These traits generally boil down to the message ‘this guy gets can bring you resources’. This isn’t cod theory cooked up on the forums and blogs in the minds of the pseudo ‘MPUAs’ that hang out there. It’s science. It’s actual tested and peer reviewed long established scientific theory. Skirt that didn’t select for successful males died and those genes didn’t pass on. Skirt that chose winners survived, the ‘winner selecting gene set’ passed on. 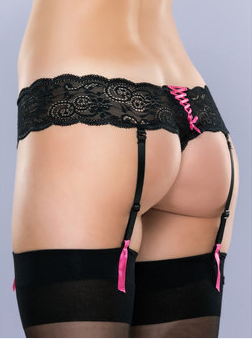 What this means is skirt have deep inside their psyches preferences over which they have little choice. In the same way guys can’t help but react to pictures like this one here on the left, girls can’t help but react to indications that a man has got his shit together. What this means is: There are switches you can hit which will make you attractive to her. Attraction is not a choice, it’s a biological response. You can’t help jumping nervously when you hear a twig snap behind you (genetically programmed fight or flight) and DHVing triggers a genetically programmed response, like it or not.

So when I am told that some current game theory advises us not to tell girls much about ourselves in set, I am surprised. I am sure it’s correct and properly field tested and the guys who are saying this are getting laid very regularly with top quality women. It’s just 100% contrary to my experience.

And a big part of the conversation, but by no means the whole part, is the DHV. Talking about and giving insight into your life is incredibly fertile ground for doing this (also for building rapport). So to work a set without talking about yourself seems to me to be trying to play football… but refusing to use your feet.

So a story springs to mind that demonstrates just how powerful and fruitful it can be to learn how to flick those deeply ingrained and genetically programmed attraction switches by talking about your life. Ignore them to your detriment. This story as always is 100% true. It’s not even embellished slightly for dramatic or comic effect.

It was the early days of the whole thing. It was pre Sarge School, the precursor to RSG. I wasn’t running boot-camps at this time. I know because I remember the crew I was with. That night I was with Perry and a guy called Tiger. Tiger disappeared from the crew a good few months before Ace came along and made Sarge School happen, but that’s another story.

We were in a bar near Old Street, Ziegfried’s it was called. It’s possibly still there now. It was at one point considered one of the most happening joints in London. It was OK. I did a few gigs there. In fact, I think it’s the bar where I last played live.

Perry was having some kind of get together with his social circle. It was a vague collection of his colleagues from the fashion industry. He was still new to London so was not yet as well known and well liked as he eventually became. He was an acknowledged outsider. We went to the party to pickup.

We found the party quite difficult. The crowd was hard to get into. Three males who were outsiders weren’t a particularly attractive proposition. Perry got us into a few easy sets but we were politely tolerated and quickly shut out.

There was one chick there. She turned out to be an actress, and not a pretend one. She’d done some proper stuff and she’d had some bit parts in some TV shows. She’d been in a cop series. I can’t remember which one. She’d played a gangster’s stripper girlfriend. She’d been in a few episodes before her character wound up dead. She wasn’t as hot as she sounds.  I’ll be honest she was a low 7, getting into a 6 as the years advanced. Late 20s. Slim, great body, OK face. You wouldn’t say no but you wouldn’t street stop her.

7s and below aren’t game. But it doesn’t matter, for this is just a demonstration of how DHV stories affect skirt.

So I couldn’t get into set, but I liked this one chick. She wasn’t attention whoring, she seemed friendly, genuine and intelligent. I just chose her as a target and went for it. I focussed my attentions on this target while knowing that if I didn’t get a bite, there was a fair chance a secondary target might react.

So I just stood next to her party, just far enough away to seem like I wasn’t trying to be heard, but close enough so that I was within earshot. Perry and Tiger knew exactly what my plan was, it was a good experiment, so we went for it. My set, my target. I am player, they are wing. Game is on.

And we started, Perry and Tiger set me up and I knocked them in. It was very subtle. It lasted several hours. It was subtle. We’d talk for 5 minutes about a subject and the DHVs would steadily drip. Not non stop. Just once every five to ten minutes as I could appropriately fit them in.

We’d start a conversation about some subject and I’d just look to slip those messages in nice and steady, I had all the time in the world.

Talking about work I’d say things along the lines of the following:

‘Ever since my UBS victory I’ve been first in line for the next management vacancy’.

Talking about our plans for travel:

‘We could do Vegas again but no, we’re going to jump on our bikes and drive across France and Spain. I know a lot of people in Madrid, they’re always asking me to get down there’.

‘Everyone’s asking me to go on the ski trip but it’s Emily’s birthday, she’s 4. I’m not missing that for anyone’.

Drip, drip, drip. If she wasn’t listening someone was. As soon as I got IOI’s from anyone decent, I was going in. Then we’d all be in set.

It never went there. My target after a while walked over to get her coat, put it on and left the bar. And no word of a lie, I swear on Burnley Football Club, she walked up to me as she left, passed me a piece of paper and said:

‘I live in Bristol, but I come to London most weekends. If you ever want to go out for a drink give me a call’.

She handed me a piece of paper onto which she’d written her number and left.

We acted cool, but inside we were all jubilant. We’d just seen game work on a level we’d never seen before. We’d looked at our environment and adapted our game to meet the demands and challenges of the night, rather than just ploughing in with the standard format like amateurs and hoping for the best. We’d worked with what we had and got the result. It was my score but it was all our success. At this point we’d started to get good and we’d been working in set as a well drilled team unbelievably well. We knew our roles and we knew what each other was thinking. We were getting good but here we’d just got a girl to walk up to me and give me her number and we’d never even spoken to her.

And this is the power of these spoken DHVs. They’re the female equivalent of a man watching a strip tease. Understand that.

*I don’t like talking about fucking girls. ‘Dated’ or ’dating’ is my euphemism for ‘I am talking about a girl who I was fucking’.