Bones is tired of ‘the game’. He’s not tired of skirt, he’s just tired of the hunt. It’s not for him. He wants to settle down, find a genuine quality hot girl and cash in his market value while it’s at a high. Maybe he will clack a few dappy tarts along the way if it’s not too distracting from the quest, but he’d rather not.

Maybe I already am settled down, I don’t know, but I said I’d help Bones in his quest. So our idea was to choose a town in Eastern Europe and make a go of it this summer, see where it leads us.

We worked out that for just a slight amount more than we spend on flights and AirBnB rentals each summer on jaunts, we can rent an apartment full time somewhere.

It’s about £3.5k a year on flights and AirBnBs to do separate jaunts over the summer as opposed to £4k to stay in one place and pay a year of rent and bills. So therefore just an extra £500 for a full time gaff.  You don’t get to travel around to different locations but you do get to spend more time for your money in one place, you get to keep a base, have all your clothes and guitars somewhere, do some work and projects with some stability. More importantly, you get to build a social circle. No more leaving town on the last day just as that 8 or 9 has started to respond to your texts.

Where is the promised land?

There isn’t one. Nowhere is perfect. Our first landing was Zagreb in Croatia. We spent a week there in late April, looked at a few apartments and considered the town. It’s beautiful. It’s cheap. It’s clean. Lots of wife material. Zagrebians are, on the whole, really cool people. Cons: It’s far too small. You can come here and do day-game for a few days but you can’t do it if you’re living here and you need the day game from time to time to get something extra going.

If you’re just doing social circle, then it’s fine, but we do think we need some option on day game to keep the blood flowing and kick start a few leads if things are moving slowly.

So we then went to Belgrade, a bigger town with a bit more going on and a bit more anonymity.

But Belgrade was a bit of a bust. Firstly, Krauser was there, so we had to listen to all that for a week. I told him at one point I’d bought myself a ‘juice machine’ and he got excited:

Belgrade would be the perfect town I think. It’s slightly bigger, got hot skirt, but there were two problems.

There was a slight anti English feeling amongst the men. Not good if you want to live there and have a life. You’re going to have to put up with a bit of aggro now and then. That’s great when you’re 21 and in your own country, not so good when you’re 40 and in a foreign country.

But worse than that were the migrants. There were hundreds of migrants living on the streets around the train station and I don’t buy that they’re all doctors and engineers. They were all young men acting aggressively. I think they’re dangerous. They hang around in packs and skulk around the streets. In the week we were there, there was a woman attacked in a hat shop across from our AirBnB and a rape at knifepoint in Kalemagdan Park. And they are just the ones we knew about.

I’m not willing to put political correctness over the safety of myself, my friends and my girlfriend. I’ll pretend only up to that point, then reality kicks in.

So Belgrade is out. 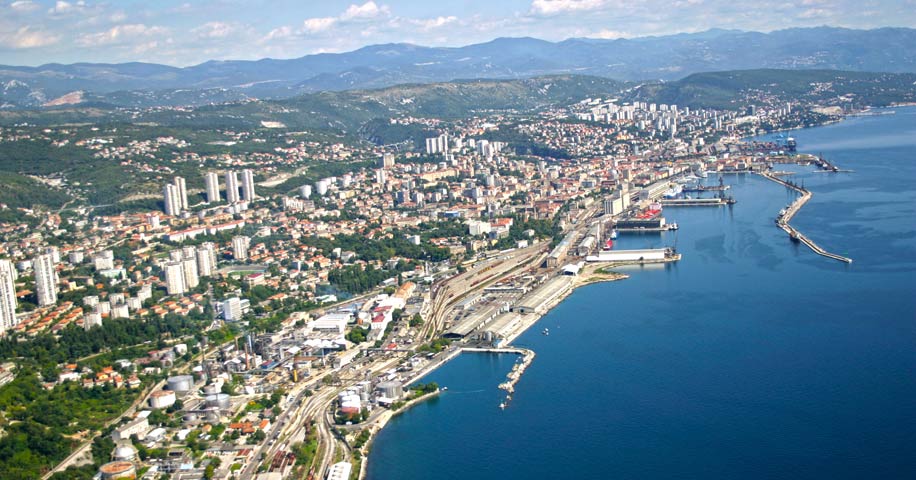 So we ended up here, in an undisclosed port town in Croatia. I can’t name it since it’s small and I am going to blog about it. It’s not perfect, but where is? It’s on the sea, it’s busy, it has a local scene and it’s cheap. It also does that Burek stuff I like for about 80p. We looked at a few apartments found a banging top one and should be signed up by the end of the week.

Bones wants to settle down. He wants a skirt, a kid, a bulldog, a life. I’ll blog our adventures occasionally as we try to work the town as if it’s one big bar.