Well. Not really. I wrote a few posts years ago on my mates’ blogs and those pages aren’t really tended to anymore. They may even come down at some point in the future, so I thought I’d move those posts over here for posterity. You’ve probably read them all before so don’t get too excited. I’ve posted them pretty much exactly as they were written back then, aside from a few minor edits. So without further ado, I’ll hand over to Jimmy of yesteryear.

I want to do some philosophical wind bagging on the subject of this idea of the ‘high value man’. It’s a rainy day and it’s much more preferable an idea to sit here in the warm drinking coffee spouting my unique blend of cod psychology, wild assumptions and dubious science than it is to go outside and talk to girls.

(On that note: This time next week, I’ll be in Croatia, the land of friendly people, great food and nice weather. I have my jingle recorded and if I can work out some logistics such as finding a cameraman, then hopefully, I’ll be able to hit you with some entertaining infields. I’ve also got to work out a way to pitch this idea to my girlfriend so that she thinks it’s all a bit of a jolly jape, rather than her boyfriend wheeling around chasing skirt in the street like a dog with two dicks).

So what were we talking about? Oh yes, how ‘high value’ we all are.

This idea of being high value is a core theme in the pickup world and within all pickup methodologies I’ve ever come across. This is probably because all pickup methodologies, despite the protestations of their originators, are really just repeating that which was originally explained by Erik von Markovich in his book ‘The Mystery Method’. Erik’s book is the cornerstone of pickup and really the only book you really need to read on the subject.

So we all get the idea that girls are attracted to, or chase, (utility) value in men. The high value man is the one who will, if not in every moment, but over time, enjoy the most successful and fruitful sexual encounters with the highest value (hottest) women.

Value in women is measured largely by looks. As fair or unfair as that may be, that’s called ‘nature’ and rational people understand this. Feminists complain about it.

But what then, is value in men.

Forgive me if I am preaching to the converted, but I thought we were all on the same page here. I thought we’d all realised that a man’s value was that which he carried within, not without. My last two years of exile aside, when I was last actually involved in pickup, my interactions and discussions thereof were largely limited to my peers, who were often established participants in the pickup lifestyle. So of course, we had shared a consensus on what this ‘high value’ thing means.

Now, as you know, I am stuck in Manchester, working the final weeks of my contract here in Bolton and I’ve started meeting newbies off the Manchester forums and hanging out with them. After my nephew died I spent a couple of months sad then I got this death fear that I, too, was going to die. My solution was to go out and do something. A band was too much hard work, so pickup was the obvious choice.

So I am with these new guys and it’s been great fun, but what I am hearing in these conversations, and others I see online, is what I think is a misunderstanding of what ‘high value’ means.

Here are some things that I consider to be high value in a male.

Being calm and reasoned. Taking responsibility. Being enthusiastic. Taking good people under your wing. Being far sighted. Being firm in your beliefs, while sensitive to those who aren’t quite as secure as you. Not following the crowd into folly. Accepting the responsibility of caring for others. Knowing how things work and using it to your advantage. Being self-sufficient. Being fiscally responsible. Having a skill that contributes value to society (an obvious manifestation of this one, would be a good job or career). Having interesting hobbies (playing in a rock band, writing a popular blog, being a pickup artist, having your own jingle – that you wrote yourself).

Notice how all these things are carried within your mind. They don’t rely on locations, circumstances, or possessions. They can all be proven in ten minutes of conversation or action. You can pick this guy up and drop him in any city in the world and he’ll carry his whole value with him.

Now that to me, is a high value man.

The following are the kinds of trappings that I am seeing low value people chase in order to appear high value.

Going to the right bars. Wearing an expensive watch. Knowing the bar owners. Being in a VIP area. Knowing celebrities. Owning expensive items (cars, yachts, clothes). Having lots of money. Spending lots of money. Being seen in the right places. Having hangers on. Being part of a crowd. Ordering champagne with sparklers in a nightclub. Impressing people on Facebook. Being ‘liked’. 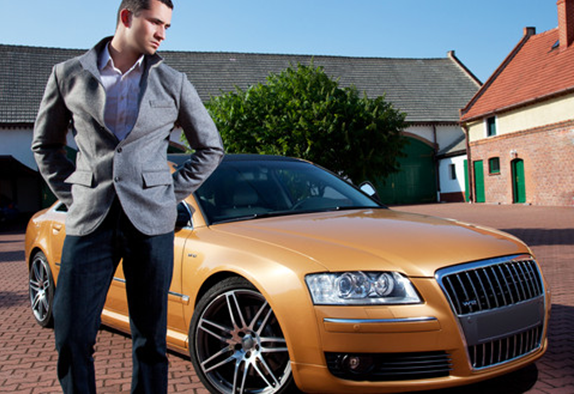 All those things to me scream low value. Sure, I get seen in the right places at times, but it’s not a core value, it’s merely a happenchance manifestation of a core value. I spend time in some expensive bars, sure I do, but it’s not a core value. I’ve had the sparklers and champagne moments (it’s awful, boring and hollow. I’d much rather sit at home and watch a hockey game). I’ve had hangers on and lots of them (playing in hot bands, running fashion parties and being a fairly well know pickup artist spanned 15 years of my life at one point, I had 15 years of notoriety in some form or another).

All these things are just minor consequences, happenstances, trappings, almost cancers, of core values. I ran fashion parties because I was entrepreneurial, charismatic and people liked me and wanted to come to my parties. The same reasons people came to see me in my band and the same reasons people patronised my pickup company. That was my value. The result was sparklers and champagne, because the club owner liked me and I’d taken 15 hot girls to his club. I am sure some people looked over and thought ‘I can be that guy! I’ll just order some champagne’.

And this is it, this is the point of this whole conversation. Value doesn’t mean cars, clothes and yachts, it means high SMV based on what you bring to the table only in your abilities, attributes and virtues. You’re not high value because you have a million squidlies in the bank. you’re high value because you KNOW HOW to get a million in the bank and you had the work ethic to get it. It doesn’t matter if it’s there or not, if you lost it, you’d still be high value. A lottery winner isn’t necessarily high value. He has the money and the trappings, but not the know-how.

Manifestations of attributes aren’t the attributes. A man is high value through his virtues, through the brain he brings to the table on a date.